South Australia offers some 450 species of birds. Habitats range from the dry red interior to the lush and green Mt Lofty Ranges; wetlands and mangroves around Adelaide and estuaries in the Coorong, floodplains along the Murray River, woodlands and tidal flats of Kangaroo Island, vast expanses of the famous semi-arid mallee, and outback deserts with spectacular mountain ranges. Some unique bird species including a small number of endemics can be found here. Over recent years an increasing number of Australian and international visitors have discovered the birding secrets SA has to offer. 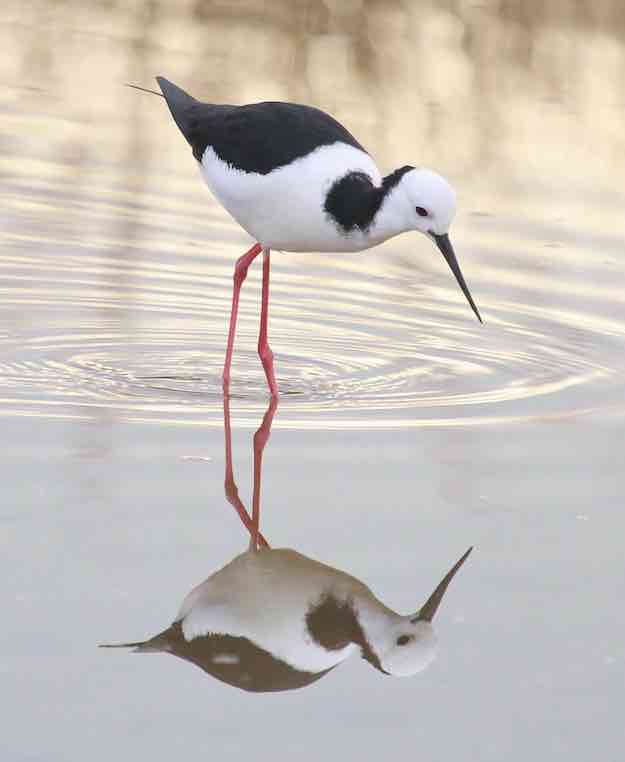 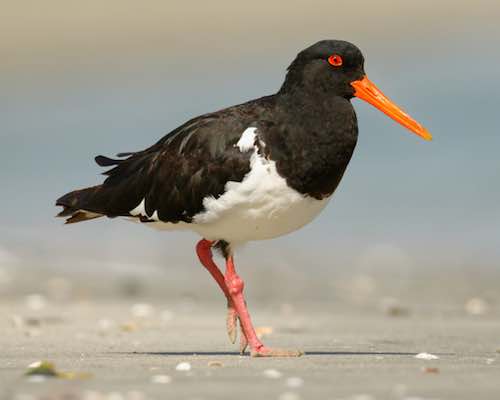 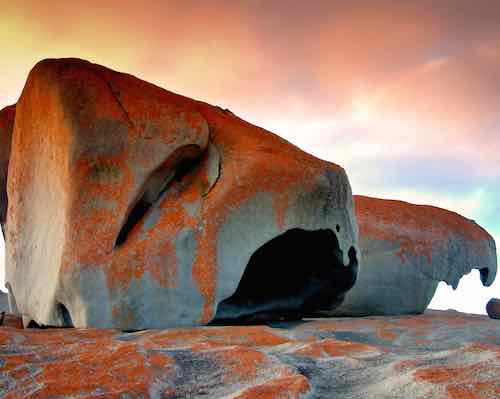 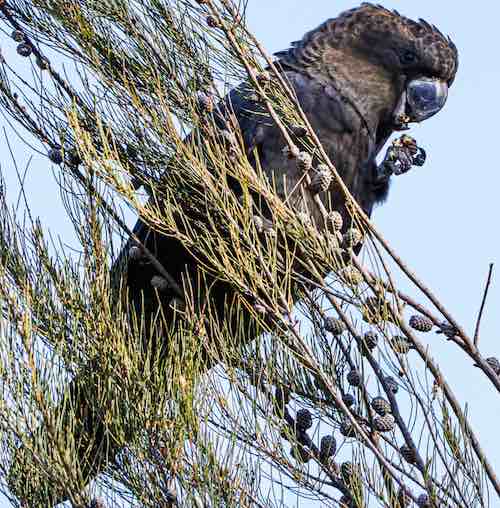 Day 1. Early this morning, you will be collected from Adelaide by a SeaLink to travel down the Fleurieu Peninsula to Cape Jervis, then board the ferry to Kangaroo Island. The ferry takes about 45 minutes and you might like to keep an eye out for some pelagic bird species along the way - regular encounters include Australasian Gannet, Flesh-footed Shearwater, Caspian Tern, Crested Tern, Silver Gull, Pacific Gull, Black-browed Albatross, Yellow-nosed Albatross (these latter 2 are season and wind direction dependent), and Southern Giant Petrel (winter).

Met on arrival by your guide and begin two days exploring this large and diverse Island. Start out by travelling to Murray Lagoon and into the back-blocks.

From here travel to Seal Bay Conservation Park which protects the habitat of a range of wildlife species including Australian sea-lions, and a chance for Hooded Dotterel, Eastern Osprey, White-bellied Sea-eagle, Crested Tern, Sooty Oystercatcher and a range of bush birds.

Next travel into Kingscote and the oxidation ponds – take quick visit to see who is on the ponds on the adjacent Cygnet River Estuary. Reeves Point provides a mix of shore-birds and usually 3-4 species of Cormorant. Final location for the day is American River which is a tidal inlet on the northeast coast.

The slopes above American River offer sugar gum forest and sheoack woodland which provides habitat for the Glossy Black Cockatoo, Galah, Beautiful Firetail, Scarlet Robin and Crimson Rosella. Along the waters edge the protected shores have great feeding habitat on the mudflats along the seafront and into Pelican Lagoon. Significant aggregations of Black Swan, Australian Pelican, Musk Duck and a range of waders are likely encounters.

Check in to Kangaroo Island Lodge at American River. Be sure to let the staff know that you are interested in birds and you would like to be notified if they hear Glossy-black Cockatoos which are often active in the early evening in the trees behind the lodge. There is a chance to take a nocturnal tour (optional) to visit a Little Penguin colony with opportunistic sights of other nocturnal species possible en route (Barn Owl, Southern Boobook, Bush Thick-knee). You should arrange this during the day with your guide as a reservation needs to be made to secure space for this experience.

Day 2. Optional self-guided walk before breakfast exploring the sugar-gum forest, sheoak woodland and tidal mudflats in the vicinity of Kangaroo Island Lodge. Depart for Duck Lagoon on the Cygnet River: freshwater habitat for ducks (regular haunt for Freckled Duck when they disperse from outback waterways), swans and a range of other species. Classic Australian landscape with massive redgums reflected in still water, these large gums are frequented by Pardalote and Honeyeaters including the White-eared and Brown-headed.

Flinders Chase National Park is the main focus of the day. This large historic wilderness covers the entire end of the Island and provides habitat for a broad range of species. The journey down to the park is quite long and there is a chance we will encounter Yellow-tailed Black Cockatoo feeding either in Banksias or Pinus radiata as we travel west. Rocky River is the location for the park headquarters amid an old farm where the pastures provide winter grazing and nesting sites for Cape Barren Goose.

Not far from Cape du Couedic in similar coastal heath grading into mallee is a natural granite sculpture known as Remarkable Rocks which provides a stunning backdrop for seeking out elusive Western Whipbird, Southern Emu-wren, and more commonly, Tawny-crowned Honeyeater. The rounded tors provide perches for both Australian Kestrel and Australian Raven.

To Book or Enquire: Email (Please include Tour Code)

This birding tour takes in a variety of habitats thereby maximizing the species list – expect around 200 species, including some highly sought-after species.

Day 1. We commence the trip this morning in Adelaide and move to the Adelaide Hills to look for Yellow-tailed Black Cockatoo, Adelaide Rosella, Yellow-faced, White-naped and Crescent Honeyeater, Chestnut-rumped Heathwren, White-throated Treecreeper, Flame Robin and the White-throated Scrubwren. We also have a good chance of seeing a Koala.

Further east, in low, dry eucalypt scrub we look for the ground-dwelling Southern Scrubrobin and Shy Heathwren, as well as Purple-gaped Honeyeater and the elusive Painted Button-quail. We follow the Murray river where Purple-crowned Lorikeet is for species as Cape Barren Goose, Freckled Duck, Baillon's, Australian Spotted and Spotless Crake, Little Grassbird and Golden-headed Cisticola.

We spend the night in Berri.

Day 2. Very early this morning we visit Birds Australia’s Gluepot reserve, home of the critically endangered Black-eared Miner. We arrive at Gluepot just before sunrise. We look for Malleefowl, Red-lored Whistler, Gilbert's Whistler, Hooded Robin, Southern Scrubrobin, Black-eared Miner, Striated Grasswren, Shy Heathwren, White-browed Treecreeper and Major Mitchell Cockatoo, as well as Chestnut Quail-thrush, Crested Bellbird, Splendid Fairy-wren, and Striped Honeyeater. We have a chance of seeing the eastern race monarchoides of Regent Parrot and many of Gluepot's 10 species of Honeyeater. We leave the reserve late in the afternoon to be back at your accommodation in Berri around dusk.

We spend the night in Berri.

Day 3. Today we will travel some 400 km to the Flinders Ranges, an impressive range of steep hills and soaring rock formations on the edge of Australia’s outback. We visit a Regent Parrot breeding site, and search for semi-open country specialists such as Redthroat and Black-eared Cuckoo. Once we arrive in the Flinders Ranges we search for the elusive Short-tailed Grasswren. We will certainly see plenty of Red, Western Grey and Euro Kangaroos.

Overnight at the Wilpena Pound Resort.

Day 4. An early start to look for Southern Scrubrobin and Greyheaded Honeyeater and search for Short-tailed Grasswren again. Mid-morning we look for Elegant Parrot and Grey-headed Honeyeater. We’re also likely to encounter the endangered Yellow-footed Rock-wallaby. We will arrive at Mt Lyndhurst, on the edge of the Strzelecki desert, later in the day and will search for Chestnut-breasted Whiteface, another SA endemic, as well as Inland Dotterel, Thickbilled Grasswren, Cinnamon Quail-thrush, Chirruping Wedgebill and Rufous Fieldwren.

Overnight at the Lyndhurst Hotel, a typical outback pub.

Day 5. We start with another visit to Mt Lyndhurst then the endless open stony plains of the Strzelecki desert looking for species such as Budgerigar, Crimson, Orange and Gibber Chat, Eyrean Grasswren, and if we’re lucky, Ground Cuckoo-shrike, Letter-winged Kite and Black-breasted Buzzard.

Overnight at the Lyndhurst Hotel, a typical outback pub.

Day 6. Today we’ll travel the almost 700 km back to Adelaide with stops for White-winged Fairy-wren, Chirruping Wedgebill, Rufous Fieldwren and Redthroat, Banded Stilt, Slender-billed Thornbill, Elegant and Blue-winged Parrot and if we’re lucky, Rock Parrot. Time (and tide) permitting we pull in at the saltfields near St Kilda to scan through flocks of migratory waders and another chance of Banded Stilt. Arrival back in Adelaide will be late afternoon.

This tour will operate at any time, subject to availability, with minimum of 2 passengers – and will operate with one passenger at additional cost. This birding tour takes in a variety of habitats thereby maximizing the species list – expect around 200 species, including some highly sought-after species.

To Book or Enquire: Email (Please include Tour Code) 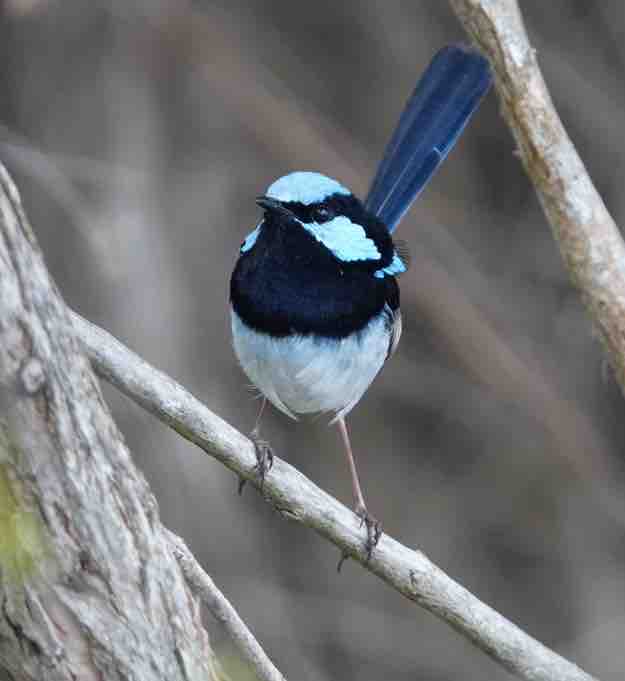 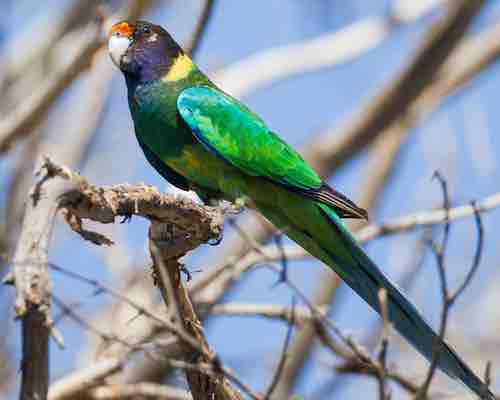 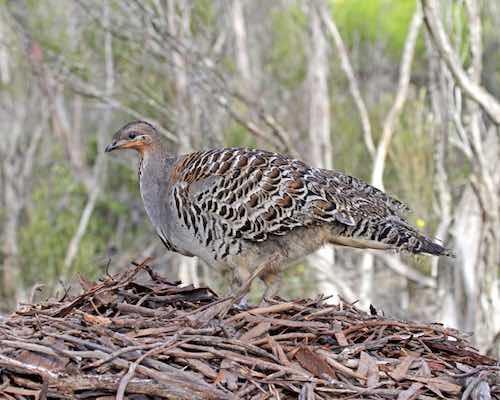 (Departs Saturdays all year, and also Tuesdays from October to May inclusive)

This self-drive birding tour is a great way to see a wide range of species, a number of habitats, amazing scenery – and be independent! The tour itinerary includes important birding sites such as the Coorong National Park for a spectacular array of waterbirds and migratory waders (seasonal), and BirdLife Australia’s Gluepot Reserve for some rare endemic dry country species.

You’ll also travel alongside the beautiful Murray River. We’ll provide you with a bird list, and handy notes on where to look, and even put you in touch with local birders (subject to availability).

We will be happy to rearrange the itinerary in order to confirm the Gluepot Reserve Guided Birding Tour, if necessary, as this tour is always subject to availability.

Ask us about accommodation options in Adelaide.

Enquire here for costs (Please include Tour Code). Ask us about accommodation options in Adelaide.

Think about a 2-day extension to Kangaroo Island for pristine wilderness, bountiful wildlife, and delicious food!

Birding in other States & Territories of Australia 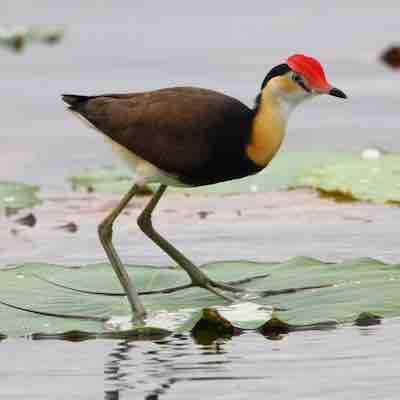 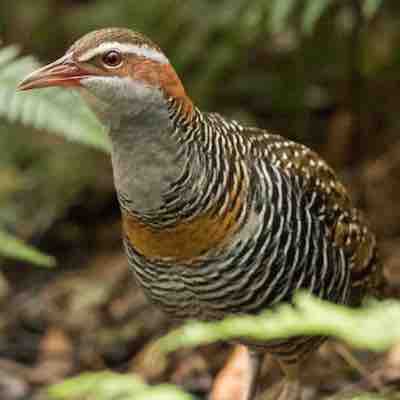 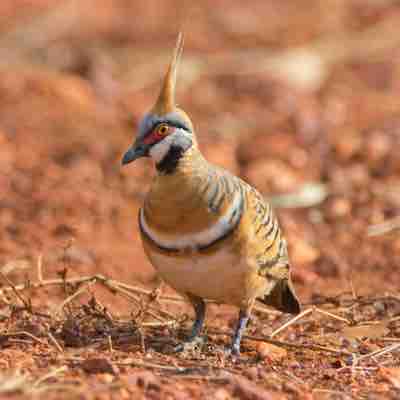 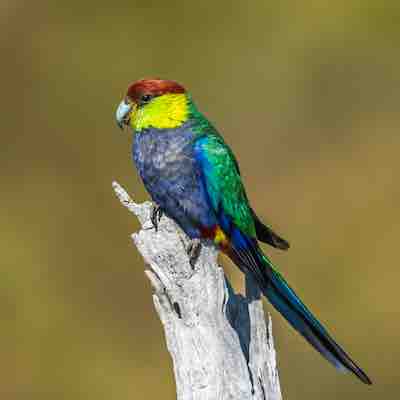 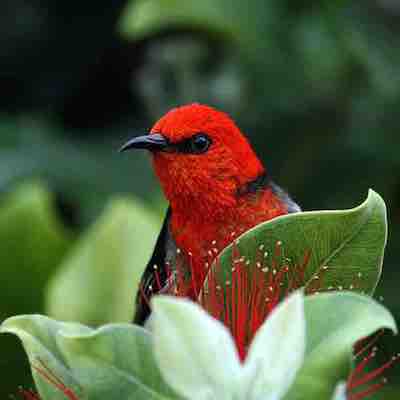 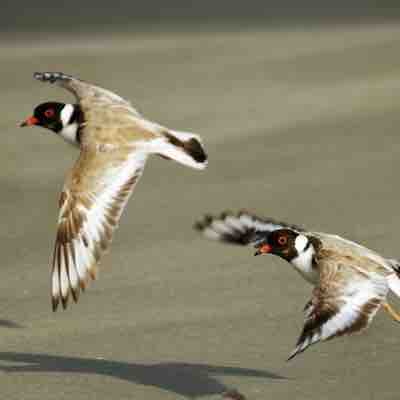 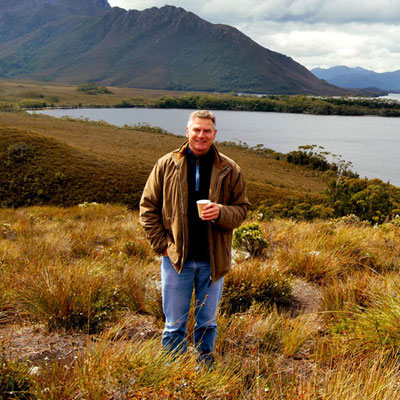 Australia-Naturally Travel brings over 20 years of experience to bear on designing special-interest tours.